CnergyFund helps owners and developers of renewable energy mini-grid projects to solicit funds for their projects. In partnership with other bodies, CnergyFund oversees the project’s design and development and manages the negotiation process of trading carbon credits developed through quality standards like Gold Standard Verified Emission Reduction (GS VERs) or Verra’s Verified Carbon Units (VCUs) generated by the client’s project.

Sub-Saharan Africa accounts for a disturbing 75% of the 759 million people in the world living without access to electricity. Nigeria, DR Congo, and Ethiopia top the chart with 118 million persons (15.5%) of the world’s population who are without electricity. As a result, many farmers and business owners spend exorbitant rates on powering generators, causing them to spend more and save less.

What are Carbon Emissions?

Carbon dioxide (CO2), also identified as a greenhouse gas is a colourless, odourless, and harmless gas formed through respiration in living organisms when carbon combusts. Other greenhouse gases besides CO2 include methane (CH4), nitrous oxide (N2O), and fluorocarbons. These gases are known collectively as carbon dioxide equivalent (CO2e).

Emission refers to the process by which greenhouse gases and their prototypes are released into the atmosphere over a given range and period of time. 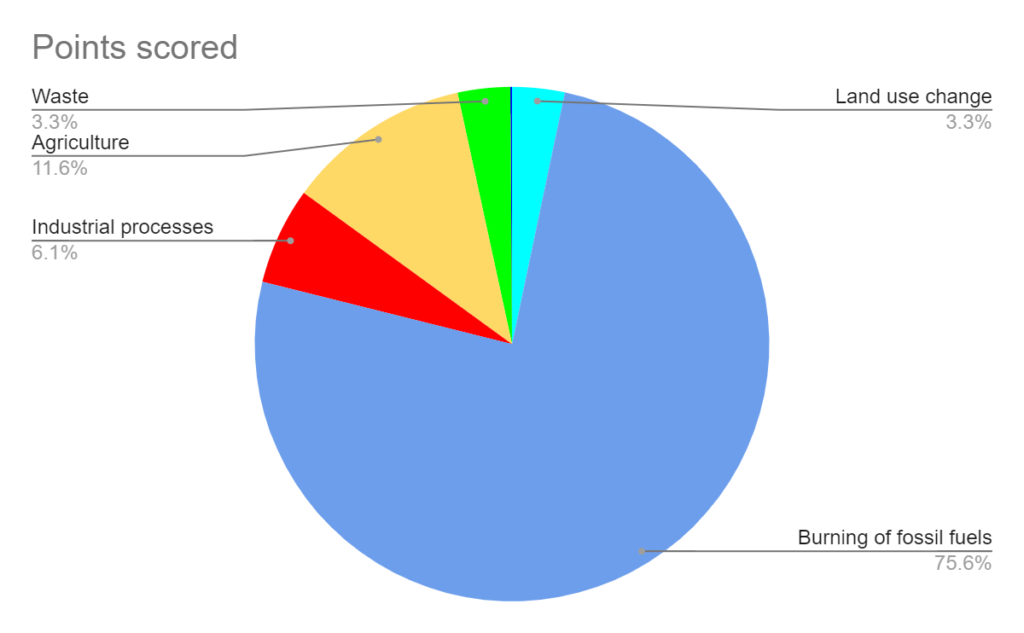 Most common types of fossil fuels

Three major economic sectors operate on fossil fuels. They are: 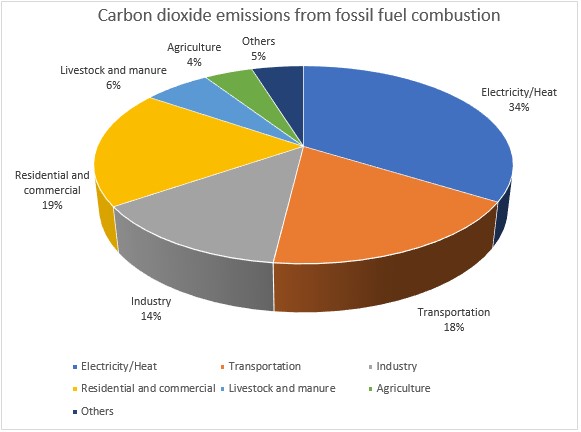 In 2020, the Electricity/Heat and Transportation sectors produced around 52% of global carbon dioxide emissions.

The industrial processes that majorly produce carbon dioxide emissions are:

Companies are given credits that limit the amount of pollution that can be released over a given period. If the company does not use up the credits eventually, it can sell them to another company that needs them. Companies with emission reduction projects are thereby compensated for reducing CO2 and other greenhouse gas emissions.

CnergyFund and its partners oversee the development of the carbon project to qualify developers’ projects for the carbon credits. 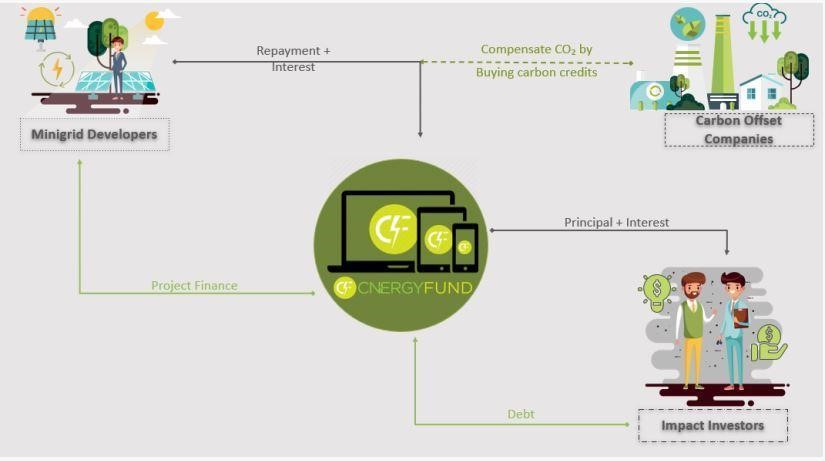 Renewable energy mini-grid projects are developed using standards such as Gold Standard Verified Emission Reduction (GS VERs) or Verra’s Verified Carbon Units (VCUs) which the project owners can trade with companies who offset their unavoidable carbon emissions on impact projects. The income generated from the sale of their credits can help to settle some of the interests on the loan facility.

For further enquiries about CnergyFund’s impact projects, you can send an email to info@cnergyfund.com.