It is common in Africa to see business owners stagnate at the same level of doing business for several years. Sometimes, they simply go out of business.

Having more energy available to more persons in Africa means that people can spend less money powering personal generators, be more productive in their businesses, create more jobs, and generally have a higher standard of living.

A 2014 World Bank Group survey data indicates that 99.6 percent of SMEs in Nigeria have fewer than 10 workers.  That data is an economic catastrophe. That explains the disturbing situation in the Nigerian job market.

Business owners cannot create jobs when they spend about 40 percent of their operational expense on buying fuel for personal generators to run their businesses. 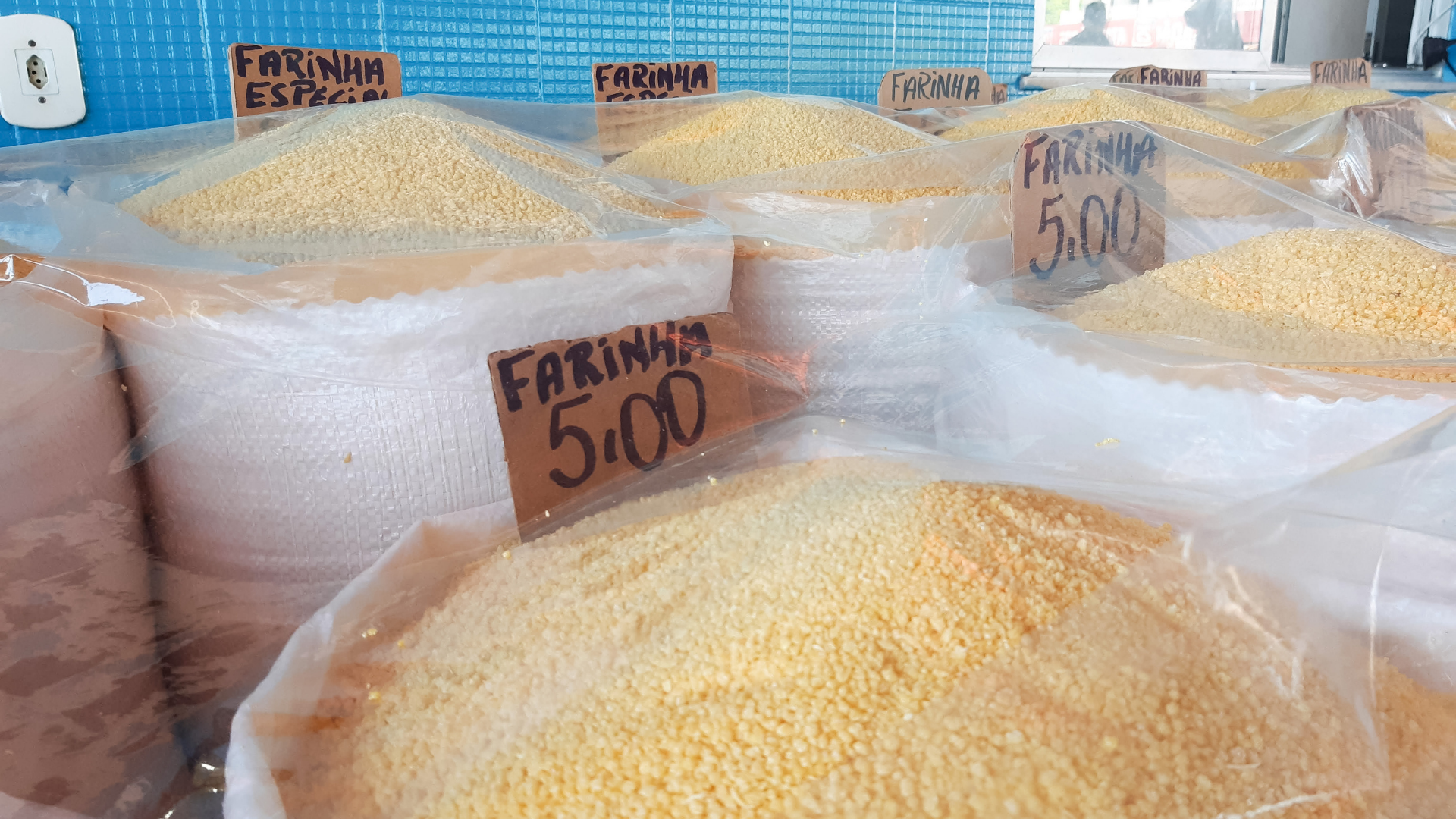 Furthermore, many African farmers are not able to process their produce as they do not have the steady power supply to run these Processing plants. They are forced to sell their produce in its raw stage, further reducing what they would have gained from their input of labour, land, fertilizer, and other resources.

The Food and Agriculture Organisation (FAO) reports that annual postharvest losses stand at one-third of the food grown worldwide, which is about 1.3 billion tons that is worth about $1 trillion. This problem is particularly acute in developing economies.

The Food and Agriculture Organisation (FAO) reports that for African countries, losses are roughly between 20 and 40 percent. These losses determine to a great extent the standard of living that about 470 million smallholder farmers can attain because it affects available food volumes. It also affects the prices at which they can sell their commodities. 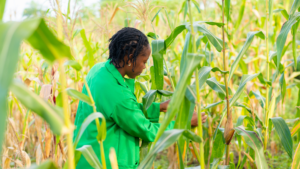 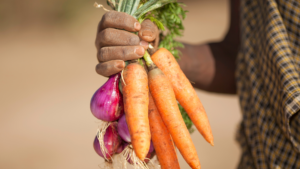 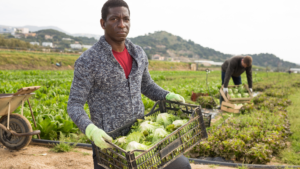 In a nutshell, creating access to a constant power supply can help farmers to sell more of their products at a better price and earn a better income while empowering the residents of such communities with the purchasing power to buy more from the farmers. This is the road to no poverty and zero hunger in Africa.

Solutions for Increased Economic Development and Food Security in Africa

Having access to affordable power would mean that small businesses can reduce their power-related expenses, earn more from their businesses and expand their businesses. Expanding their businesses will position them to hire more people thereby creating more opportunities for others and reducing crime in their communities.

Having more access to affordable power would mean that farmers could perhaps partner with each other to establish primary processing cottage industries for their produce. They could also form partnerships for the storage of produce.

Having all these will mean value addition to the farmers’ produce, reduce post-harvest losses, jobs will be created through the establishment of cottage industries and the local economy will be generally boosted.

Another great problem that would be solved by reducing post-harvest losses in agriculture is the problem of Green House Gas (GHG) emissions.  The FAO reports that food loss and waste generate about 4.4 gigatonnes of GHG emissions (4.4 Gt CO2 eq) annually.

Assuming the scale of food loss and waste were its own country, the FAO states that it would be the world’s third-largest emitter of GHG after China and the United States. 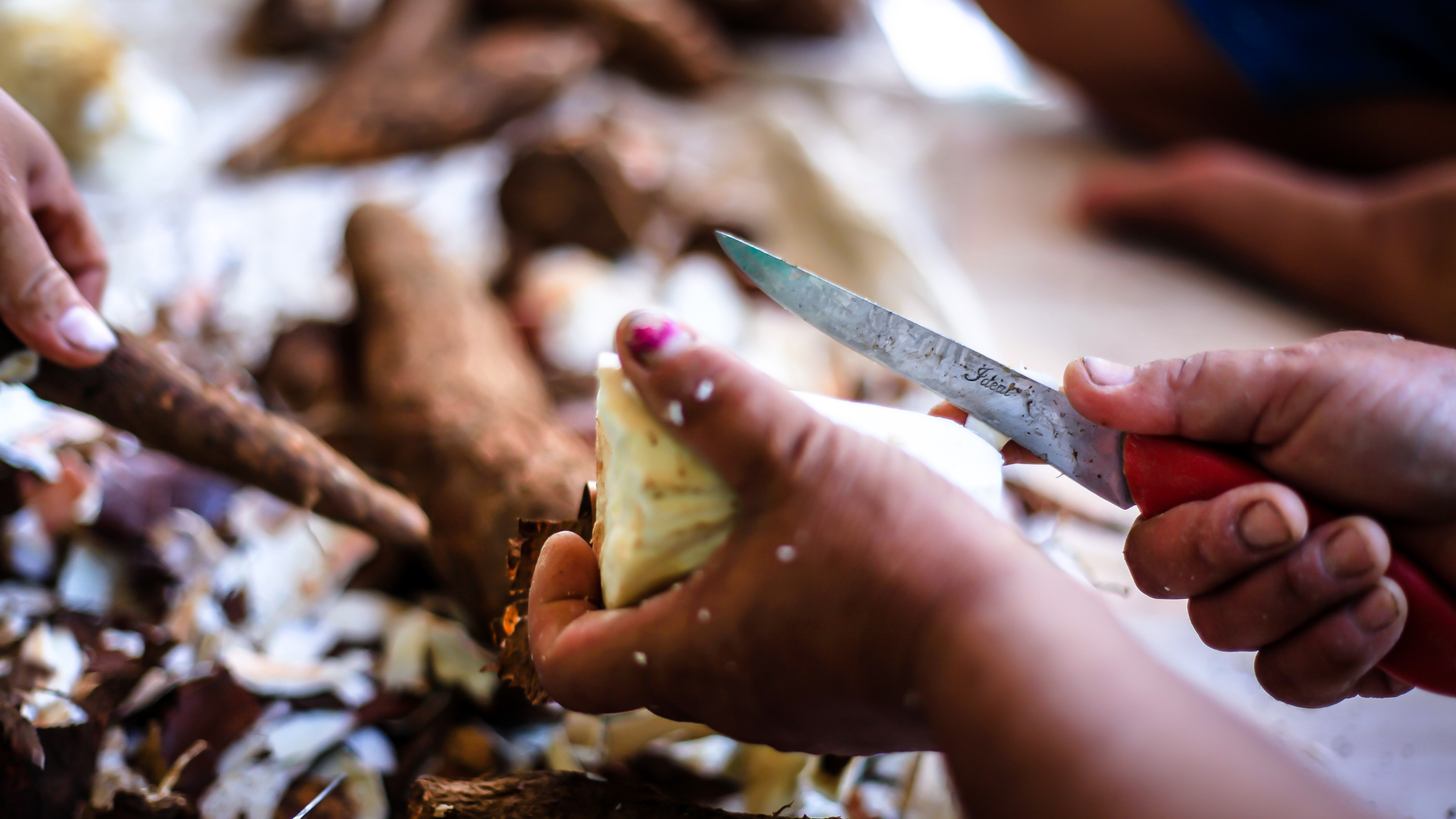 However, a report stated that the total solar energy generated in Africa as of 2020 was 8.4 terawatt hours compared to Europe at 2, 664 terawatt hours. 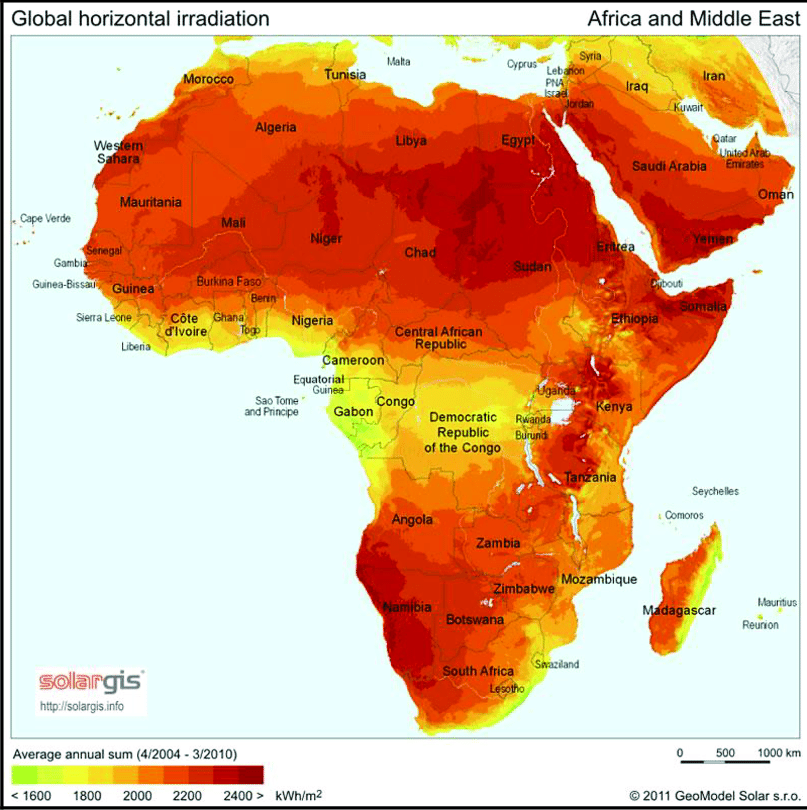 In a bid to increase the use of solar energy in developing the agricultural value chain, local researchers have worked on several ideas for gain preservation, storage, and primary processing using solar dryers. These solar dryers for various types of products are easy to construct and are relatively affordable for an average farmer or farming community.

Solar dryers essentially enhance the drying process by focusing the rays of the sun on the product rather than the traditional method of spreading cassava, plantain, yam, grains, or other produce on roads or some plastic spread on the ground. Drying with a solar dryer also ensures that bits of sand and gravel do not get mingled with the food.

These local researchers think that where rural farmers can own these dryers, processing machines, and solar storage facilities, they would stand a chance of selling their products not just in the local markets but be in a position to export their products as well.

Experts recommend that using solar, batch, or thermal dryers; grains should be dried to a safe moisture content so that the shelf-life can be prolonged.

Local researchers have also developed special bags for storing the grains after drying to prevent pests and insects from attacking the grains.

They have several research projects that they are working on to attain optimal use of the high irradiation level in the country. These technologies, which are powered with solar energy include the Parabolic Solar Dryer, Solar Tent Dryer, the Mobile Tent Dryer, and the Hybrid dryer. These are used to dry agricultural commodities. They can be used for drying high volume low-value crops such as paddy rice, low-fat fish, tubers, and even nuts. They also developed solar tray dryers for fruits and vegetables. 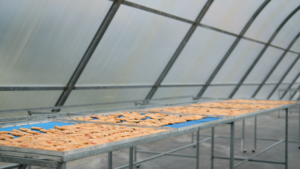 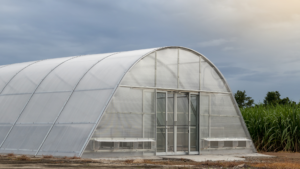 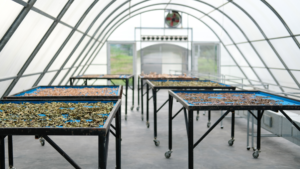 These dryers help the farmers to process their products while keeping them free of toxins and other contaminants that often occur as a result of poor drying methods. This further promotes food safety.

Needless to say, fruits and vegetables are an essential part of the human diet. Ensuring they are available all year round will certainly boost the nutrition level of millions of families.

Due to the low level of electricity supply in the country, preserving fruits and vegetables have posed an immense challenge to farmers. Refrigeration has been out of the question for most farmers and consumers.

However, solar dryers designed by NSPRI can be used to dry vegetables and prolong their shelf life. NSPRI has also developed the solar-powered “self-chill solar cold room” that can be used to store and preserve fruits and vegetables.

Because the “self-chill solar cold room” is powered by solar energy, it is a preferred and attractive option to farmers who have little or no access to conventional cold chain storage facilities. 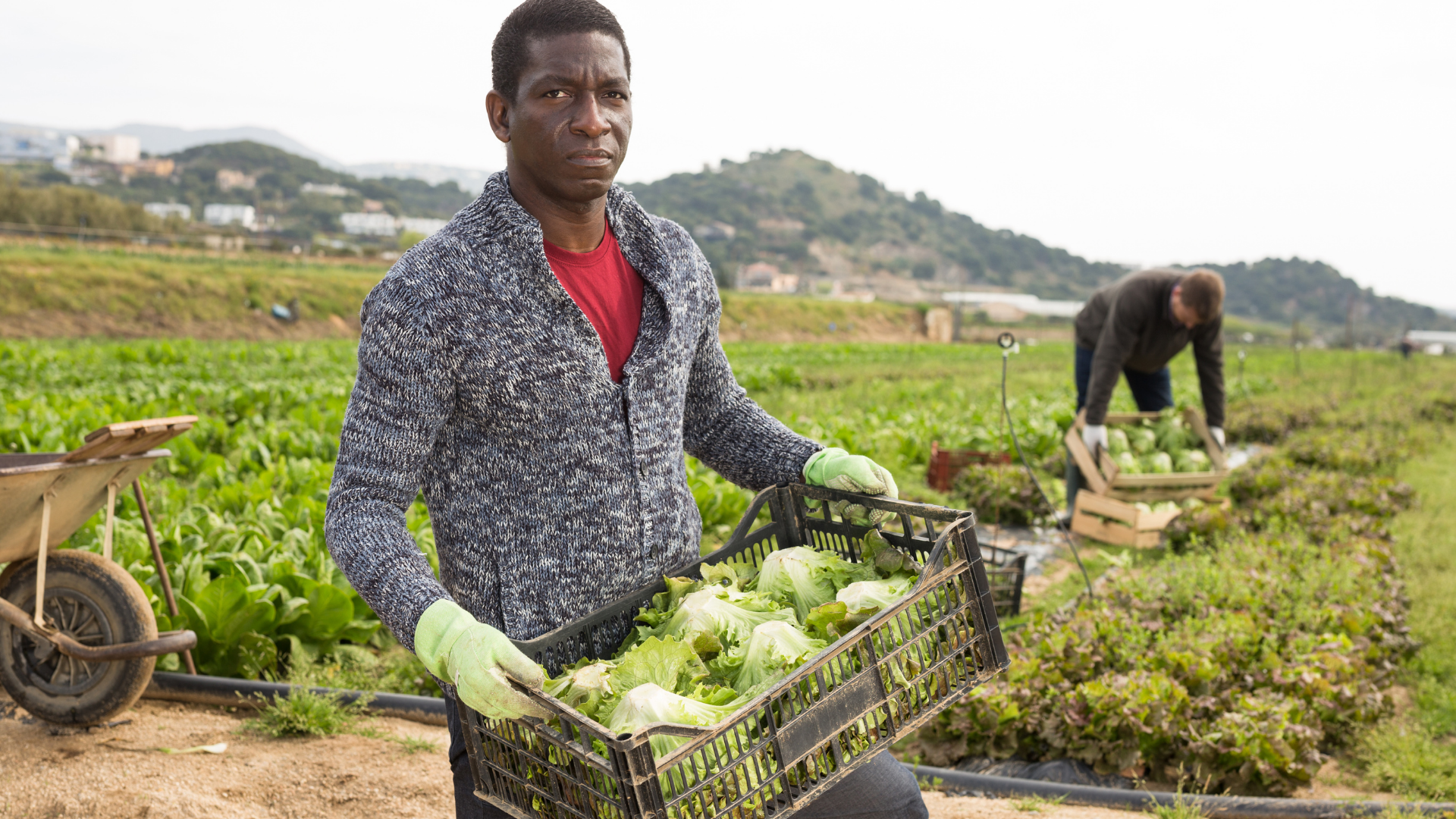 The goal of the researchers at NSPRI for the “self-chill solar cold room” is to make the system very effective and very affordable for farmers.

It is a well-known fact that clean energy, though sustainable, is not free energy.

A Brief Case Study in India

In arid environments, a reliable power supply becomes crucial for farmers to have irrigation systems for their crops.

However, having reliable power goes beyond the powering of irrigation systems, and becomes crucial to the success of the entire agricultural value chain.

In India, a company called Krishi Star is helping rural farmers to set up their food processing facilities that help the farmers to mitigate post-harvest losses, waste, and essentially poverty.

They have helped smallholder farmers to produce more and sell at better prices, thereby improving their livelihoods.

The Krishi Star team found that one of the major determinants of how productive the farmers were is reliable access to water. However, this access to water is impacted by access to power.

In hot temperatures where produce can begin to rot very quickly, access to affordable energy sources becomes even more crucial. Off-grid solar or distributed renewable energy packs can become an immediate solution and promote productivity among farmers in an affordable way.

“Agriculture in India is largely disaggregated with the majority of the agricultural value chains dominated by small farmers and other fragmented supply chain actors. There are different theories as to how we can uplift the sector as a whole – whether through aggregation or empowering decentralized supply chains. However, both of those routes require consistent access to affordable electricity,”

As we can see, the same problems in India exist in Africa. The same solutions that have been developed in India can also work for the African region and promote economic well-being for millions of Africans.